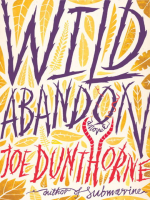 Description
At a once vibrant communal-living property in the British countryside, back-to-basics fervor has given way to a vague discontent. A place that once buzzed with activity, from the polytunnels to the pottery shed, now functions with a skeleton crew. Founder Don Riley surveys his domain with the grim focus of someone who knows what's best for everyone—and isn't afraid to let them know. Especially when those people are related to him.
Don's wife, Freya, can't quite decide whether not liking someone anymore is enough reason to end a twenty-year marriage. So she decamps to a mud yurt in the woods to mull it over. Their seventeen-year-old daughter, Kate, enrolls in school for the first time in her life: the exotic new world of fellow teenagers and surprisingly tasty cafeteria food beckons, and she is quickly lured into the arms of a "meathead" classmate. In his sister's absence, eleven-year-old Albert falls under the spell of an outlandish new visitor to the community who fills his head with strange notions of the impending end of the world.
Faced with the task of rescuing his son from apocalyptic fantasies, his daughter from the clutches of suburbia, and his wife from her increasingly apparent desire to leave him, Don convinces himself that the only way to save the world he's created is . . . to throw the biggest party of his life. Will anyone show up?
From the acclaimed young author of Submarine, Wild Abandon is a strange and wonderful look at love—familial and romantic, returned and rebuffed—and the people and places we choose to call home.
Also in This Series