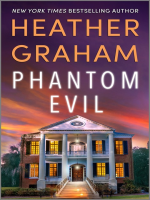 Description
Return to where it all started: New Orleans, the birthplace of the Krewe of Hunters, the FBI's elite paranormal investigation unit. Rediscover the first case in book 1 of the New York Times bestselling series, only from Heather Graham.
Though haunted by the recent deaths of two teammates, Jackson Crow knows that it's the living who commit the most heinous crimes. As a police officer using her sometimes-otherworldly intuition, Angela Hawkins already has her hands full of mystery and bloodshed.
Under the oversight of Adam Harrison, Jackson and Angela will join a newly formed unit of the FBI, with the extraordinary opportunity to use their psychic talents.
And the first assignment calls to them too strongly to resist. In a historic mansion in the French Quarter, a senator's wife falls to her death. Most think she jumped; some say she was pushed. Yet others believe she was beckoned by the ghostly spirits inhabiting the house—once the site of a serial killer's grisly work.
In this seemingly unsolvable case, only one thing is certain: whether supernatural or all too human, crimes of passion will cast Jackson and Angela straight into danger.
Originally published in 2011
Also in This Series