Josie and Jack: A Novel 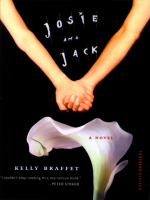 From the author of Save Yourself, this dark, suspenseful tale of the twisted relationship between a brother and sister is "wicked fun" (Los Angeles Times). Beautiful, brilliant, and inseparable, Josie and Jack Raeburn live a secluded, anarchic existence in their decaying western Pennsylvania home. The only adult in their lives is their rage-prone father, a physicist, whose erratic behavior and frequent absences leave them isolated and dependent on each other for companionship. Without a moral compass to guide them, Jack leads Josie into a menacing world of wealth, eroticism, and betrayal. He encourages her to seduce a local boy for his own ulterior motives—but reacts with fury when a bond grows between the two. As the two venture out into the wider world and Jack's sociopathic tendencies emerge, Josie must decide which is stronger: the love and devotion she feels for her brother, or her will to survive. From its opening page to its shocking climax, this contemporary Hansel and Gretel story is a "sharp portrait of an asphyxiating love and a legacy of madness . . . Darkly gothic and supremely readable" (Publishers Weekly). "Packs a powerful punch . . . Readers won't soon forget the chilling, unexpected ending." —Booklist "Deliciously intense . . . One of the most haunting novels I've read in years." —Lauren Grodstein, author of A Friend of the Family