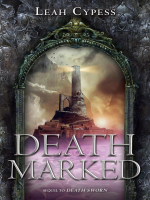 Description
After killing the leader of a clan of assassins and falling in love with his heir, a young sorceress discovers she is the one person to bring down the evil Empire that has been oppressing her people for centuries, and now, in the heart of the Empire, Ileni herself is the deadliest weapon the assassins have ever had.
Also in This Series