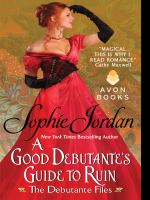 The last woman on earth he would ever touch . . .

Declan, the Duke of Banbury, has no interest in ushering Rosalie Hughes, his stepsister, into society.Dumped on him with nowhere else to go, he's determined to rid himself of the headstrong debutante by bestowing on her an obscenely large dowry . . . making her the most sought-after heiress of the Season.

But Rosalie isn't about to 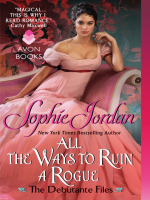 Lady Aurelia hasn't always hated Max, Viscount Camden, her brother's best friend. In fact, as a besotted girl, she thrived under his kind attention— sure that he was the most noble and handsome man in the land. Until her young heart discovered what manner of rogue he really was. Now, though she enjoys nothing more than getting on his last nerve, she can't deny Max drives her to distraction— even