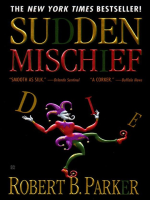 Susan Silverman's ex doesn't call himself "Silverman" anymore—he's changed his name to "Sterling." And that's not the only thing that's phony about him. A do-gooding charity fundraiser, he's been accused of sexual harassment by no less than four different women. And not long after Spenser starts investigating, Sterling is wanted for a bigger charge: murder.