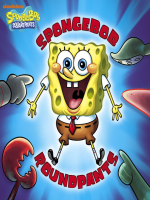 Unbelievable! SpongeBob SquarePants has run out of square pants! Now he has to buy a new pair. Unfortunately, SpongeBob just can't seem to find the right ones at the store—until he tries on a pair of pants that look just like the ones he always wears . . . except that they're round. SpongeBob loves his new round pants and shows them off, but finds out that no one recognizes him! Must he now go through life as SpongeBob RoundPants?