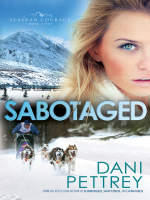 Description
Finally Returned Home, Reef McKeenaFinds His Beloved Alaska Facing Its Greatest Threat Growing up, goody-two-shoes Kirra Jacobs and troublemaker Reef McKenna were always at odds. Now, working together as search-and-rescue for Alaska's arduous Iditarod race, a growing attraction seems to be forcing aside old arguments. Then Reef catches Kirra sneaking from camp in the middle of the night. Kirra's uncle, a musher in the race, has disappeared. Kirra and Reef quickly track the man, but what they discover is harrowing: Frank's daughter has been kidnapped. Kirra and Reef, along with the entire McKenna family, are thrown into a race to stop a shadowy villain who is not only threatening a girl's life--but appears willing to unleash one of the largest disasters Alaska has ever seen. Pettrey is the Winner of the 2014 Daphne du Maurier Award for Inspirational Romantic Suspense "Pettrey keeps the stakes high for her characters and her readers who know and love the whole McKenna clan will be pushing for romance to bloom as suspense mounts." Booklist about Silenced "Readers who enjoy Lynette Eason, Irene Hannon, and DiAnn Mills will add this to their to-read list." Library Journal about Stranded "I have not been this enthralled since the O'Malley series by Dee Henderson " Christian Manifesto
Also in This Series