Under the Mercy Trees »

Under the Mercy Trees: A Novel 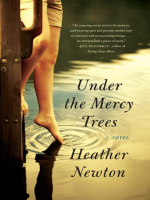 "[An] eloquent, sorrowful novel....Readers of both Pat Conroy, on one hand, and Carson McCullers, on the other, will relish Newton's flawed characters and piquant portrayal of small town life." --Booklist (starred review)

"Under the Mercy Trees will take your breath away." --Robin Antalek, author of The Summer We Fell Apart

Heather Newton's Under the Mercy Trees tells the poignant and unforgettable story of a man forced to face his troubled past when he returns to his hometown in the mountains of North Carolina following the disappearance of his brother.

Thirty years ago, Martin Owenby came to New York City with dreams of becoming a writer. Now his existence revolves around cheap Scotch and weekend flings with equally damaged men. When he learns that his older brother, Leon, has gone missing, he must return to the Owenby farm in Solace Fork, North Carolina, to assist in the search. But that means facing a past filled with regrets, the family that never understood him, the girl whose heart he broke, and the best friend who has faithfully kept the home fires burning. As the mystery surrounding Leon's disappearance deepens, so too does the weight of decades-long unresolved differences and unspoken feelings--forcing Martin to deal with the hardest lessons about home, duty, and love.