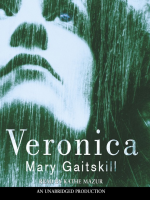 Description
The extraordinary new novel from the acclaimed author of Bad Behavior and Two Girls, Fat and Thin, Veronica is about flesh and spirit, vanity, mortality, and mortal affection. Set mostly in Paris and Manhattan in the desperately glittering 1980s, it has the timeless depth and moral power of a fairy tale.

As a teenager on the streets of San Francisco, Alison is discovered by a photographer and swept into the world of fashion-modeling in Paris and Rome. When her career crashes and a love affair ends disastrously, she moves to New York City to build a new life. There she meets Veronica—an older wisecracking eccentric with her own ideas about style, a proofreader who comes to work with a personal “office kit” and a plaque that reads “Still Anal After All These Years.” Improbably, the two women become friends. Their friendship will survive not only Alison’s reentry into the seductive nocturnal realm of fashion, but also Veronica’s terrible descent into the then-uncharted realm of AIDS. The memory of their friendship will continue to haunt Alison years later, when she, too, is aging and ill and is questioning the meaning of what she experienced and who she became during that time.

Masterfully layering time and space, thought and sensation, Mary Gaitskill dazzles the reader with psychological insight and a mystical sense of the soul’s hurtling passage through the world. A novel unlike any other, Veronica is a tour de force about the fragility and mystery of human relationships, the failure of love, and love’s abiding power. It shines on every page with depth of feeling and formal beauty.
Also in This Series