The winter rose: a novel 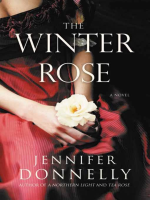 Description
When India Selwyn Jones, a young woman from a noble family, graduates from the London School of Medicine for Women in 1900, her professors advise her to set up her practice in London's esteemed Harley Street. Driven and idealistic, India chooses to work in the city's East End instead, serving the desperately poor. In these grim streets, India meets--and saves the life of--London's most notorious gangster, Sid Malone. A hard, wounded man, Malone is the opposite of India's aristocratic fianceþ, Freddie Lytton, a rising star in the House of Commons. Though Malone represents all she despises, India finds herself unwillingly drawn ever closer to him, intrigued by his hidden, mysterious past.--From publisher's description.
Also in This Series