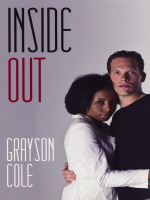 Description
Inside: Tracey never fit in anywhere as a child, so she worked hard to make college different. Out in the world, she didn't talk about her parents, or her travels, or the languages she spoke. She didn't talk much at all because it frequently led to black people asking why she talked "white" and white people asking where she was from. No one believed she was a native Southerner. But the people she met in grad school weren't satisfied with knowing her only on the surface and Garrett Atkins--well, he wasn't satisfied at all because, even though she couldn't help falling in love with his Southern charm and overall gorgeousness, Tracey wasn't about to be "that girl" who ended up with a white husband. Out: Entering his last year in law school, Garrett Atkins can't complain about his life. At graduation, he's guaranteed a job in a prestigious firm. . . and a wife. But one mix-up on campus introduces him to stubborn, snide and sexy Tracey McAlpine. She may not be what's best for him, but God help him, she's what he wants, and Rett has never been a man who has accepted being told he can't have what he wants, no matter the consequences.
Also in This Series