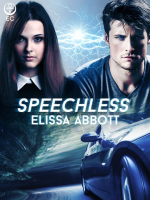 Stone is as hard as his name. An intelligence agent on the run from his former bosses, he's had to destroy every connection he's ever had with another person. Sex was a release, sometimes a weapon. Taken, given, never shared. But when Eva literally falls into his path, she proves impossible to resist. He cannot keep from touching her, pleasuring her, allowing his fortifications to crumble for her. Eva knows she should fear Stone, if that's even his real name. He tells her so himself. But every time they touch, every time he reads her body's needs and answers them, he erases even her oldest fears. He hears the voice she does not have. How can she leave that behind? Their connection could mean her death, but she will not sever it.