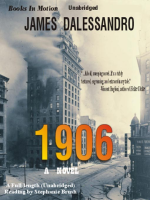 Every disaster has a story, none more thrilling than this one. Set during the great San Francisco earthquake and fire, this tale of political corruption, vendettas, romance, rescue--and murder--is based on recently uncovered facts that will forever change our understanding of what really happened. Told by Annalisa Passarelli, a feisty young reporter, the novel paints a vivid picture of the post-Victorian city, from the gilded ballrooms of Nob Hill to the seedy bars of the Barbary Coast; from the slave ships in the bay to the front row seats of Enrico Caruso's sold out performance. At its center is an ongoing battle--fought even as the city burns--that pits incompetent and unscrupulous politicians against a coalition of honest police officers, newspaper editors, citizens, and a lone federal prosecutor.