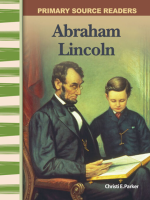 Abraham Lincoln is often considered one of the greatest American presidents. Readers will discover the incredible things Lincoln accomplished during his time as president and the impact he made on slavery, the Civil War, and the country. The easy to read text and enlightening facts highlight such aspects of Lincoln's presidency as the Emanicpation Proclamation, the Battle of Gettysburg, and how the popular and electoral votes led to his nomination. Detailed images and illustrations show readers real examples of documents and photos of Ford's Theater, where John Wilkes Booth committed Lincoln's assassination. Readers will feel engaged from cover to cover!