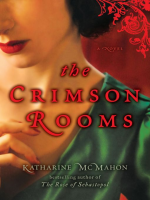 Description
From the author of the #1 international bestseller, The Rose of Sebastopol—an unforgettable historical novel.

Still haunted by the death of her brother James seven years ago in World War I, Evelyn Gifford is shocked when a young nurse named Meredith and her six-year-old son appear on her London doorstep. Meredith claims the child is James's son, and the grief-stricken Evelyn welcomes them into her home.

At the same time Evelyn, a struggling attorney, is defending a veteran charged with murdering his wife. She believes her client is innocent, just as she suspects there is more to the story of her "nephew" than meets the eye.
Also in This Series