Prayers and lies: A Novel 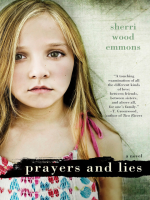