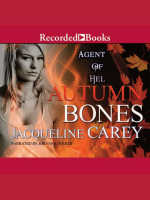 Description
Fathered by an incubus, raised by a mortal mother and liaison to the Pemkowet Police Department, Daisy Johanssen pulled the community together after a summer tragedy befell the resort town she calls home. Things are back to normal, well as normal as it gets for a town famous for its supernatural tourism and presided over by the reclusive Norse goddess Hel. Not only has Daisy now gained respect as Hel's enforcer; she's dating Sinclair Palmer, a nice, seemingly normal human guy. Not too shabby for the daughter of a demon. Unfortunately, Sinclair has a secret.
Also in This Series