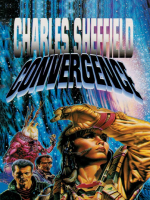 Humans first reached out to the stars traveling at a painfully slow sublight crawl-then they found the Bose network, which allowed ships to jump instantaneously from one node in the galactic arm to another. Once in the Network they found the Artifacts: enigmatic structures, millions of years old, left by a vanished race. Incomprehensible to both human and non-human minds, the Artifacts seemingly defy natural law.

Now, after millions of years, a new Artifact has appeared. When a motley crew of human and alien scientists and adventurers set out to examine still more Artifacts, they should have considered the fact that some changes are more dangerous than others. . . .