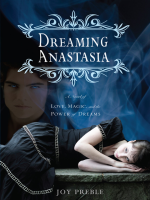 What really happened to Anastasia Romanov?

Anastasia Romanov thought she would never feel more alone than when the gunfire started and her family began to fall around her. Surely the bullets would come for her next. But they didn't. Instead, two gnarled old hands reached for her. When she wakes up she discovers that she is in the ancient hut of the witch Baba Yaga, and that some things are worse than being dead. 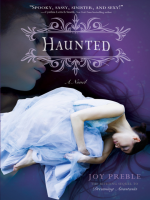 2) Haunted
Author:
Joy Preble
Choose a Format
+ OverDrive eBook
Show Edition
Available Online
Online OverDrive Collection
Online OverDrive Collection has 2
Check Out OverDrive
Description:
Click to view
A mysterious stranger is hunting Anne wherever she goes. No one sees her but Anne. When she searches for the woman's identity, Anne exposes secrets about her own life--things that will change her life forever. And when the gorgeous Ethan returns, her life gets a lot more complicated. Anne thought her journey with the Romanov family had ended, but it was just the beginning...
More Info
SHARE

3)  Anastasia forever , Dreaming Anastasia trilogy 3.
Author:
Preble, Joy
Choose a Format
The library does not own any copies of this title.
CONNECT WITH US