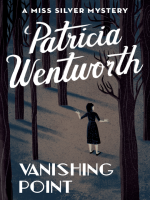 The "marvelous" British-governess-turned-sleuth investigates a disappearance in a village near a top-secret government research facility (Daily Mail).


Jenny Maxwell is a bright young child. After an automobile accident leaves her barely able to walk, she retreats into a world of fantasy, devouring novel after novel of steamy romance. Now she has begun to write, and for a twelve-year-old she shows great promise. After she sends her work off to a publisher, the house sends a representative to meet the young woman and guide her.

But the stories she tells him are hardly fictional. Trapped in her room for hours at a time, Jenny hears all. She knows about the young woman who disappeared from town, and about the strange young man who works at the nearby military research center. What sounds like harmless gossip could actually be a grave threat to national security—one which only private investigator Miss Silver is capable of unearthing.