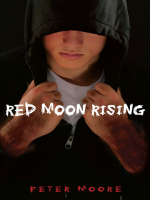 Description
Being only half-vampyre in a high school like Danny Gray's makes you a whole loser. But Danny manages to escape the worst of the bullying thanks to genetic treatments that make it look like Danny's other half is human, not wulf. Which is a good thing. Ever since the development of synthetic blood SynHeme vamps have become society's elite, while wulves like his father work menial jobs and live in bad neighborhoods. Wulves are less than second class citizens; once a month they become inmates, forced to undergo their Change in dangerous government compounds. Most of the time Danny pretends his wulf half doesn't even exist, but lately he's been having some weird symptoms-fantastic night vision; a keener-than-usual sense of smell; and headaches, right around the full moon. Even though it's easy to be in denial, it's hard to ignore the evidence. With a new girl digging into his past and watching his every move, there's only a month until the next few moon, and time is running out. How long can Danny hide what he is?
Also in This Series