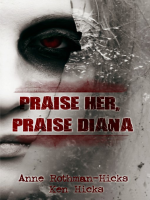 Jane Larson's new client has written a novel in which the main character is a woman who seeks vengeance for a horrific rape by seducing men and then killing and castrating them. Soon a person who calls herself Diana begins to imitate the character in the book, setting New York City on edge and men and women at each other's throats.