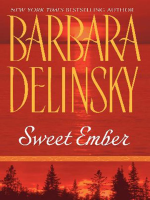 Description
Stephanie was a young girl at summer camp when she fell in love with Doug, the tennis instructor. When she found out he was married, Stephanie was heartbroken. Now, eight years later, Stephanie returns to the camp, with her young daughter - whose grey eyes are very like Doug's - in tow.
Also in This Series