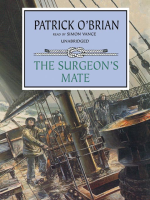 Jack Aubrey and Stephen Maturin are ordered home by dispatch vessel to bring the news of their latest victory to the government. But Maturin is a marked man for the havoc he has wrought in the French intelligence network in the New World, and the attention of two privateers soon becomes menacing. The chase that follows through the fogs and shallows of the Grand Banks is tense—and unexpected in its culmination.

Aubrey and Maturin must endure a foundering ship, capture by the French, and a less than pleasant stay in Paris' infamous Temple Prison. Meanwhile in Paris, Diana Villiers anxiously awaits Maturin's safe return.