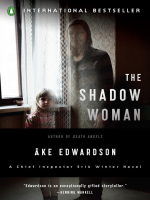 The second installment of the internationally best selling Erik Winter series It's August and the annual Gothenburg Party is in full swing. But this year the bacchanalian blowout is simmering with ethnic discord spurred by nativist gangs. When a woman is found murdered in the park-her identity as inscrutable as the blood-red symbol on the tree above her body-Winter's search for her missing child leads him from sleek McMansions to the Gothenburg fringes, where "northern suburbs" is code for "outsider" and the past is inescapable-even for Sweden's youngest chief inspector. Psychologically gripping and socially astute, The Shadow Woman puts this master of Swedish noir on track to build an American audience on par with his international fame.