An African Affair: A Novel 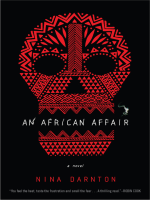 Description
"A vivid portrait of a troubled country."—The New York TimesCorruption, drug smuggling, rampant human rights abuses—New York journalist Lindsay Cameron finds plenty to report, covering the regime of Nigeria's President Michael Olumide. But in the aftermath of two probable assassinations, her inquiries attract unwanted government attention. As rebel factions call for free elections, Lindsay races to penetrate the intricate network of corrupt government officials, oil interests, and CIA agents who really run the Nigerian show. Meanwhile, her entanglement with a rare art dealer leads her still deeper into terrain that's confounding in every respect, from matters of the heart to those of politics and trade. Drawing from Nina Darnton's own experiences living in Africa during the mid-1970s—including imprisonment in Nigeria with her two small children—An African Affair is an edge-of-your-seat debut thriller in the bestselling tradition of The Constant Gardener and The Last King of Scotland.From the Trade Paperback edition.
Also in This Series