The Ugly Duckling: A Novel 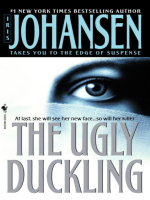 Description
If fate suddenly made you more beautiful that you ever dreamed possible, would it be the beginning of a fairy tale, or your worst nightmare?The brutal attack should have killed anybody, but Nell Calder did more than survive. She emerged a woman transformed, with an exquisite beauty found only in fairy tales. Nell Calder deserved a happy ending. Instead, her descent into terror has just begun.Her attacker is still on the hunt, determined to finish what he's started. And Nell, protected by a new face, is just as determined to fight back and take her revenge. But to catch her prey, she will have to expose herself—even if it makes her a killer's prime target.
Also in This Series