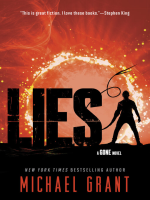 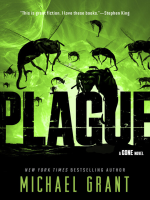 It's been eight months since all the adults disappeared. Gone.

They've survived hunger. They've survived lies. But the stakes keep rising, and the dystopian horror keeps building. Yet despite the simmering unrest left behind by so many battles, power struggles, and angry divides, there is a momentary calm in 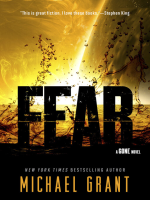 The fifth book in the bestselling Gone series by Michael Grant continues the page-turning saga of Sam, Astrid, and Drake in their terrifying post-apocalyptic world.

It's been one year since all the adults disappeared. Gone.

Despite the hunger, despite the lies, even despite the plague, the kids of Perdido Beach are determined to survive. Creeping into the tenuous new world they've built, though, is the worst incarnation 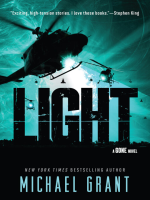 8) Villain
Author:
Grant, Michael, 1954-
Choose a Format
+ Book
Show Edition
On Shelf
Broadneck Library - Young Adult Fiction
Y FICTION (G)
Edgewater Library - Young Adult Fiction
Y FICTION (G)
Odenton Library - Young Adult Fiction
Y FICTION (G)
Quick Copy View
See Full Copy Details
Place Hold
Description:
Click to view
The Perdido Beach dome is down, but the horrors within have spread. The alien virus-infested rock that created the FAYZ is creating monsters. Into the chaos comes a villain with the power to control anyone with just the sound of his voice. Dillon Poe wanted to be a comedian once, but everyone made fun of him. Now he's sending thousands to their deaths. The only people who stand in his way are the superpowered heroes: Dekka, Shade, Cruz, Malik, Armo...
More Info
SHARE