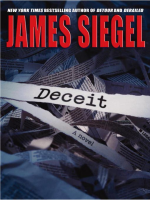 Description
From the bestselling author of Derailed comes an explosive new thriller about a disgraced journalist who stumbles upon an unimaginable conspiracy—but will anyone believe him?
Tom Valle was once a star reporter for one of America’s greatest newspapers, the kind of publication any journalist would give his right arm to work for. But Tom was the journalist who cried wolf. He went through a very public firing for making up stories out of thin air. Now, two years later, he’s moved to a small California desert town and is reporting for the local paper. He covers community events and senior citizen’s birthdays; a charity case quietly doing his penance. Until the morning he goes to cover a fatal road accident on the highway outside of town and stumbles onto the one story that might redeem him—a conspiracy so unimaginable that no one will believe him.
Also in This Series