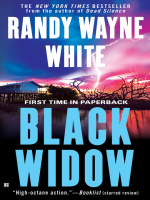 Description
Revenge becomes very personal for Doc Ford, in the stunning new novel by the New York Times-bestselling author. It was a simple exchange. Clean. So why did things go so terribly wrong? It went against all of Ford's instincts. When his goddaughter, Shanay, called one day, he assumed it was with details of her imminent wedding, but the news was anything but cheerful. She and her bridesmaids had thrown a pretty wild bachelorette party, it seemed, on St. Arcs, in the Windward Islands-and someone had secretly videotaped it. Now that person was threatening to blow up her future unless she came across with enough money. But don't worry, Doc, she said. I negotiated it down. All I need you to do is make the exchange. Please? Ford knew it was a mistake-a mistake to trust the extortionist, a mistake for her not to tell her fianc-but he agreed. And now one of the bridesmaids is near death. The blackmailer took the money and released the tape on the Internet anyway, and the panicked bridesmaid took an overdose of pills washed down with alcohol. Fueled by guilt and an overpowering rage, Ford and his friend Tomlinson swear to destroy the person responsible, but she-and it is a woman-has other ideas. An agent of corruption like no one they have ever met, the black widow is just getting started. . . . Readers should buckle their seat belts before they crack the covers, the Detroit Free Press said of Hunter's Moon, This one is a dark and supercharged ride. And so it is again. But nothing will prepare the reader for the twists, the adrenaline, and the sheer intensity of Black Widow,
Also in This Series