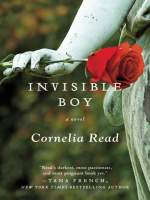 "Cornelia Read's darkest, most passionate, and most poignant book yet."-Tana French, New York Times Bestselling AuthorThe smart-mouthed but sensitive runaway socialite Madeline Dare is shocked when she discovers the skeleton of a brutalized three-year-old boy in her own weed-ridden family cemetery outside Manhattan. Determined to see that justice is served, she finds herself examining her own troubled personal history, and the sometimes hidden, sometimes all-too-public class and racial warfare that penetrates every level of society in the savage streets of New York City during the early 1990s. Madeline is aided in her efforts by a colorful assemblage of friends, relatives, and new acquaintances, each one representing a separate strand of the patchwork mosaic city politicians like to brag about. The result is an unforgettable narrative that relates the causes and consequences of a vicious crime to the wider relationships that connect and divide us all.