The Collected Stories of... » 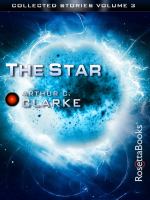 Originally published in 1983, this collection represents some of the greatest short fiction from one of the genre's most renowned authors. These collected works were written throughout Clarke's career, from 1946 to 1981—originally appearing in science fiction magazines such as Thrilling Wonder Stories, Famous Fantastic Mysteries, and OMNI.

Between these pages you'll find some of Clarke's most groundbreaking early stories—many of which influenced later classic novel-length work. The title story, "The Sentinel," formed the foundation for what would later become the Space Odyssey series—perhaps Clarke's most famous work. You'll also find "Guardian Angel," a rarely reproduced story that was the inspiration for Childhood's End.