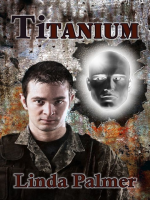 Description
Riley McConnell, 19, loves living in San Antonio while she attends the University of Texas. Her major: public health. Although grateful that her aunt and uncle took her in when her mother died, she welcomes the break from them and her three young cousins. How she wishes she could forget advertising for a housemate to share the rent. But her part-time job selling tacos in a mall food court just isn't cutting it. Zander Bennett, 23, is also separated from his family by choice. A veteran of Operation Enduring Freedom, he lives in a trailer park near Brook Army Medical Center where he receives care for injuries sustained in Afghanistan. Zander is a physical and emotional wreck, and the psychic gift that was an asset overseas is now as useless as his military training. Or so he thinks, until he spots a zombie in the mall food court on Halloween night. To most, the guy with the creepy face paint is just another costumed shopper among hundreds. But Zander knows recon when he sees it, and this dude is definitely sizing up the area as well as the pretty brunette bagging tacos. Even weirder, he has buddies doing the same. Zander's skin actually crawls, a feeling not experienced since his return to the states. Should he warn the pretty brunette? Or is his paranoia just another symptom of his troubled state of mind?
Also in This Series