The great Nijinsky: God of Dance 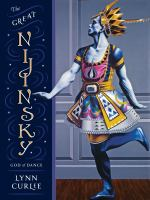 Description
Dance prodigy, sex symbol, gay pioneer, cultural icon--Vaslav Nijinsky rose to fame as the star of the Ballets Russes in Paris before mental illness stole his career and the last thirty years of his life. A tragic story of a great genius, this compelling work of narrative nonfiction chronicles a life of obsessive artistry, celebrity, and notoriety. With one grand leap off the stage at the 1909 premiere of the Ballets Russes's inaugural season, Nijinsky became an overnight sensation and the century's first superstar, in the days before moving pictures brought popular culture to the masses. Perhaps the greatest dancer of the twentieth century, Nijinsky captured audiences with his sheer animal magnetism and incredible skill. He was also half of the most famous (and openly gay) couple of the Edwardian era: his relationship with Serge Diaghilev, artistic director and architect of the Ballets Russes, pushed boundaries in a time when homosexuality and bisexuality were rarely discussed. Nijinsky's life was tumultuous--after marrying a female groupie he hardly knew, he was kicked out of the Ballets Russes and placed under house arrest during World War I. Unable to work as he once did, his mental health deteriorated, and he spent three decades in and out of institutions. Biographical narrative is interspersed with spotlights on the ballets the dancer popularized: classic masterworks such as Afternoon of a Faun, The Firebird, and of course, the shockingly original Rite of Spring, which caused the audience to riot at its premiere. Illustrated with elegant, intimate portraits as well as archival art and photographs.
Also in This Series