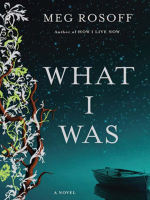 What I Was is a beautifully crafted and heartbreakingly poignant coming-of-age tale that is set mainly in a hut on an isolated strip of land in East Anglia. The narrator is an older man who recounts the story of his most significant friendship—that with the nearly feral and completely parentless Finn, who lives alone in a hut by the sea. He idolizes Finn and spends as much time with him at the beachside hut as possible, hoping to become self-reliant and free instead of burdened by the boarding school dress code and curfew. But the contrast between their lives becomes evermore painful, until one day the tables turn and everything our hero believes to be true explodes—with dire consequences.