The Stuff That Never Happened »

The Stuff That Never Happened: A Novel 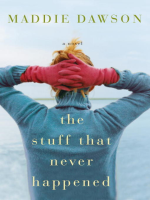 Description
A journey into the what-ifs that haunt us all, The Stuff That Never Happened is an intricate, heartfelt examination of modern marriage that brims with truths about the nature of romantic love.
What if you were married to someone for twenty-eight years but in love with another? What if you were in love with them both?

Annabelle McKay knows she shouldn't have any complaints. She's been in a stable marriage that's lasted almost three decades and has provided her with two wonderful children, thousands of family dinners around a sturdy oak table, and a husband so devoted that he schedules lovemaking into his calendar every Wednesday morning. Other wives envy the fact that Grant is not the type of man who would ever cheat on her or leave her for a younger woman. The trouble is Annabelle isn't sure she wants to be married to Grant anymore. The trouble is she's still in love with someone else.

In the early tumultuous years of her marriage, Annabelle carried on a clandestine affair with the one person whose betrayal would hurt her husband the most. When it ended, she and Grant found their way back together and made a pact that they would never speak of that time again. But now years later, with her children grown and gone, and an ominous distance opening between them, she can't help but remember those glorious, passionate days and wonder if she chose the right man.

Then, when called to New York City to help care for her pregnant daughter, Annabelle bumps into her old lover. Offered a second chance at an unforgettable love, she must decide between the man who possesses her heart and the husband who has stood squarely by her side.
Also in This Series