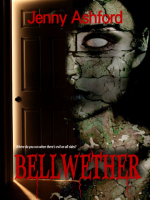 Just when you thought home renovation couldn't be a bigger headache, along comes an apparent haunting and a crazy supernatural cult. Martin, Chloe, Ivan, and Olivia are four arty friends who have bought and renovated an old house once owned by a magician who disappeared under mysterious circumstances. But no sooner have they slapped on the last lick of paint than trouble starts brewing: First come the nightmares, suggesting there might be something lurking behind the walls that isn't insulation. Then comes the parade of strange, empty-eyed people who want to get into the house. As the story progresses, the nightmares get worse, finally leading to a bizarre discovery in the bowels of the house; and then the strange people begin to multiply, eventually threatening the lives and sanity of the four heroes and their friends. It all leads up to a confrontation between the dueling forces plaguing the house from within and without — but who are the good guys when both sides appear evil?