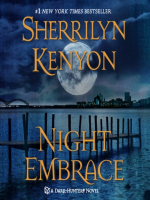 As an ancient Celtic warrior, Talon made one giant mistake— he killed the son of the war god Camulus. In anger and outrage, Camulus cursed him—Everyone Talon loved would die a horrible death in front of his eyes. But when Talon's clan slaughters his young sister while he watches, powerless to stop them, he sells his soul for vengeance against them. Two thousand years later in modern-day New Orleans, as part of the bargain he made, he's now an immortal protector who keeps mankind safe from the creatures who would prey on them. A life he's happy with until he meets Sunshine—an offbeat artist who reminds him what it's like to really live. Unfortunately for both of them, it's Mardi Gras, and New Orleans is teeming with a complex plot of ancient gods, including Camulus, who are now out to re-conquer the world. The gloves are off and it's time for a rematch with Talon out to save everyone, including the artist who makes him insane.