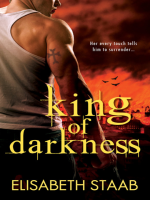 "Action-packed and sexually charged, this book will draw you in from the opening scene."—RT Book Reviews, 4 ½ stars

Thad, the King of Vampires, is looking for his prophesied mate who will unlock his powers. But when he meets carefree Isabel, he thinks fate must have gotten it seriously wrong.

Scorned by the vampire community for her lack of power, Isabel Anthony lives a carefree existence masquerading as human—although This Fight Is Personal...

Wizards and vampires have been mortal enemies since the beginning. Now Anton, son of the Wizard Master, has one last chance to steal the unique powers of the vampire king's beautiful sister, Tyra...and then kill her. But when he meets Tyra face-to-face, everything changes...

Tyra will stop at nothing to defeat the wizards, until Anton saves her life and she suddenly sees an opportunity she never could have imagined... 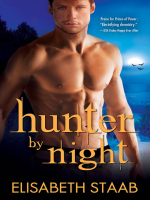 Party girl Alexia Blackburn is only hanging around the vampire compound until her best friend—the queen—has her baby. After that, nothing is going to stop Alexia from getting back to daylight, safety, and feeling like a normal human being. But leaving the vampire world has one big catch...

He needs her to stay