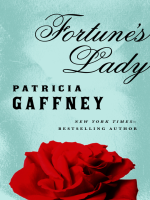 On the eve of the French Revolution, the daughter of a traitor might be the only one who can save the British Crown   Cassandra Merlin is in dire straits. Her father, Patrick, has just been executed for treason against the British Crown. Her aunt, Lady Elizabeth Sinclair, is eager to marry her off rather than bear the expense of sheltering a turncoat's daughter. And when a handsome young patriot named Philip Riordan enters her life, Cass knows he is destined to complicate matters further.   Riordan wants her to enter the spy game, to provide valuable information about her father's plot against the monarchy in order to save the king's life. But the intelligence game is never a simple one, and even a heart as jaded as Cass's may not be safe from the charms of Philip Riordan, renowned cad, Member of Parliament . . . and die-hard loyalist.