They Call Me Stench »

They Call Me Stench: Case 2 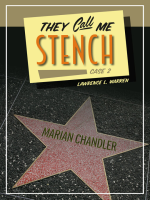 Case 2, 1944, January. It's hard times in America, the world is that war. 'Stench' returns to search for a seventeen year old runaway Nebraska farm girl who has come to Hollywood to be a movie star. The young beauty arrived with a sackful of world class troubles. Someone wants her dead and will stop at nothing to protect their sinister secret. Unwittingly, she's involved in a Nazi plot in the midst of America that will mean the end of freedom for every man, woman and child in the United States. The caper has been set in motion and is far too radical for the P.I. to thwart single-handed. With the sexy young starlet's help he must convinces the F.B.I. that the scheme is for real and not an elaborate Hollywood publicity stunt.