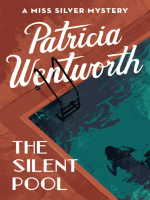 A star of the London stage urgently needs Miss Silver's help: From "a first-rate storyteller" (The Daily Telegraph).

Mrs. Smith is not the first woman who has come to Maud Silver, the genteel private detective, claiming that someone is trying to kill her. She tells a story of attempted poisoning, a shove down a flight of stairs, and a house full of relatives who might want to push her out of the way. Miss Silver is intrigued, not least because this is not Mrs. Smith. Despite her attempt at a disguise, the detective recognizes the woman as Adriana Ford, the grand dame of the London stage. Mrs. Smith was a ruse; the attempts on her life are quite real.

There is soon a body at Adriana's country estate, but it is not the actress who has been killed. Fully interested, Miss Silver travels to the house, where she learns that the actress is not the only one who tells lies.