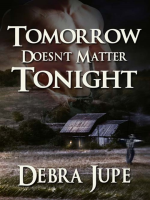 Within twenty-four hours, Katie Drapier has lost her job, become a murder suspect in her former boss's death, and run into her school girl crush, Jack Pharrell, who stomped on her heart fourteen years ago. Jackson Pharrell is down on his luck. Nothing seems to be going his way. Things go from bad to worse when he discovers a dead body, who turns out to be the former boss of an old friend's pesky sister. Plagued with guilt from the past, Jack feels obliged to help her find the murderer while ducking a murder charge, even if it means breaking the law. Together, they dodge police, the real killer, and the growing heat between them. The plan is to rise above their woes and get on with their lives. Falling in love is not an option.