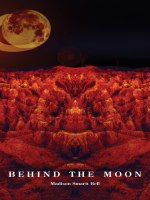 When Julie skips school and sets off with her best friend and some local boys for a camping trip in the desert, she finds herself the target of unwanted, drug-fueled sexual attention. Running away in fear, she takes a dangerous fall down the shaft of a vast underground cave, and it takes two days for her to be rescued. Lying unconscious in her hospital bed, Julie hovers between life and death as she travels in a seductive parallel universe inspired by remarkable cave paintings left behind by prehistoric humans.

Marko, her attacker, tries to cover his tracks, menacing those who know what happened in the desert that night. Jamal, the youngest son in a family of Iraqi refugees living in Julie's small town, is one of his prime targets. He defies Marko, keeping him away from Julie's bedside and refusing to fall prey to his threats of violence.

Meanwhile, Marissa, who gave Julie up for adoption fifteen years earlier when she became pregnant as an adolescent, is following an instinct that leads her back to the daughter she once abandoned. With the aid of Jamal and a local Native American hitman/shaman, she attempts to draw Julie back to consciousness.

Madison Smartt Bell is best known for his trilogy of novels about Toussaint Louverture and the Haitian Revolution, including All Souls' Rising, which was a finalist for the National Book Award and the PEN/Faulkner Award.

Praise for Behind the Moon:

"Madison Smartt Bell writes with the urgency of someone who just received a dire prognosis. And Behind the Moon will remind you that you are alive." —Jonathan Safran Foer, author of Here I Am

"Between fever dreams and stone hard reality, Madison Smartt Bell has crafted a powerful examination of what is and what might be. It is simply wonderful." —Dorothy Allison, author of Bastard out of Carolina

"I love these characters. I love the writing. Behind the Moon is a brilliant work." —Percival Everett, author of Half an Inch of Water

"Bell gives us this fast-paced, spiritually inspired dream-story, full of heart and hope and danger. It's adventure at its finest: a spiked drink, a desert cave, a gunshot, a mother looking for her child. Buckle in: you are headed for a terrific ride."—Deb Olin Unferth, author of Wait Till You See Me Dance

"Behind The Moon is a visceral, full body primal experience; terrifying, seductive, Madison Smart Bell at his best."—A.M. Homes, author of May We Be Forgiven

"Behind the Moon is a thrilling and uncannily powerful story by one of the best living American fiction writers. I couldn't put it down."—John McManus, author of Fox Tooth Heart

"Madison Smartt Bell is one of the great american masters. This book has a pre-religous power, read it and be inspired."—Darcey Steinke, author of Sister Golden Hair: A Novel

"With spare but lyrical prose, Madison Smartt Bell tells a harrowing story with propulsive drama. A haunting and hypnotic read."—Heidi W. Durrow, author of The Girl Who Fell From the Sky

"Mr. Bell writes like a scrimshaw's angel, as he's been doing, luckily for us, nigh four decades."—George Singleton, author of Calloustown

"In his latest work, Madison Smartt Bell secures his position as one of the country's most innovative, inventive and accomplished writers. From the heart-racing opening to the eye-opening end, you won't be able to put this book down."—Jessica Anya Blau, author of The Trouble with Lexie

"This cinematic novel is a rare combination of smart literary novel and compelling page-turner, at once menacing and sweeping, dark and transportive, eloquent and...