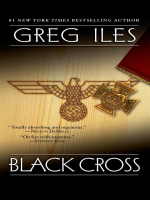 Description
From the #1 New York Times bestselling author of the Penn Cage series comes a gripping World War II thriller that "vaporizes almost every cliché about the limits of the genre...[it's] good enough to read twice"( Kirkus Reviews ). It is January 1944--and as Allied troops prepare for D-Day, Nazi scientists develop a toxic nerve gas that will repel and wipe out any invasion force. To salvage the planned assault, two vastly different but equally determined men are sent to infiltrate the secret concentration camp where the poison gas is being perfected on human subjects. Their only objective: destroy all traces of the gas and the men who created it--no matter how many lives may be lost...including their own.
Also in This Series