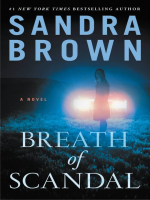 Description
Years after surviving a devastating attack, a young Southern woman returns to her hometown to exact revenge on the wealthy family who tried to destroy her.On a rainy Southern night, Jade Sperry endured a young woman's worst nightmare at the hands of three local hell-raisers. Robbed of her youthful ideals and at the center of scandal and tragedy, Jade ran as far and as fast as she could. Years later, Jade has never forgotten the sleepy "company town" where every man, woman, and child was dependent on one wealthy family. And she's never forgotten their spoiled son and his two friends, who changed her life forever. Now, she will return for her day of reckoning, free herself from fear, and stand up to the powerful family that could crush her in a heartbeat.
Also in This Series