Catalog Dorinda and the Doctor »  eBook » 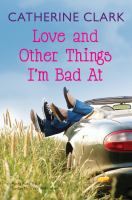 Description
Available for the first time digitally, this sizzling short story from New York Times bestselling author Sabrina Jeffries features the dashing Doctor Worth, who appeared in What the Duke Desires from “The Duke’s Men” Regency romance series.Dr. Percy Worth finds young widow Dorinda Nunley ravishing every time he sees her at her cousins’, the Duke and Duchess of Lyons. But he figures that a society hothouse flower would make a terrible doctor’s wife. Still, when she lets herself into his residence one morning to find him half-dressed, he’s as fascinated as he is surprised by the intrusion. Though Dorinda’s angry when she realizes they’re victims of the duchess’s matchmaking, Percy suggests that they teach the duchess a lesson by pretending to court, then break off spectacularly at the duke’s dinner that night. But after a day together—and a very hot tumble in bed—they realize they suit each other far better than they ever dreamed. So do they go forward with their plan? Or embrace the pretense that has become all too real?
Also in This Series