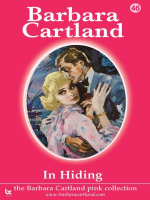 Description
All eyes are on Lady Tamina Braithwaite as she dazzles the cream of London society at a masked ball. Dressed as a bird of paradise, even the sumptuous silks of her costume cannot detract from the glow that love has given her.In love for the first time with a handsome young politician, it would appear that they are a couple destined for great things. But is she the only one who is pretending to be something other than she is? Underneath Tamina's frothy exterior there is an intelligent young woman who values truth and loyalty above all else. A late night telephone call threatens to destroy her happiness forever, so donning yet another mask Tamina flees London for Europe on board the Blue Diamond.On a voyage that no one will ever forget, Tamina's strong spirit is tested to the limits as old wounds are healed, new friendships are forged and the meaning of true love finally discovered.
Also in This Series