100 most important women of the 20th century
(Book) 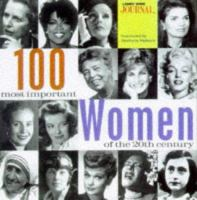 Note! Citation formats are based on standards as of July 2010. Citations contain only title, author, edition, publisher, and year published. Citations should be used as a guideline and should be double checked for accuracy.
Staff View
Grouped Work ID:
16bcbf78-c5cc-722d-27e2-4884f55bde9d
Go To GroupedWork